eBPF, Cilium, Dataplane V2 and All That Buzz (Part 2) 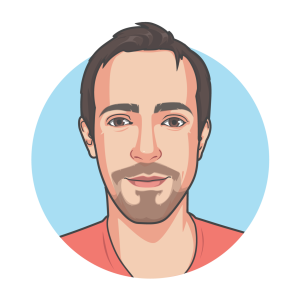 I hope you enjoyed reading about eBPF in Part 1! Now let’s examine Cilium as a popular K8s eBPF solution and find out how it relates to Dataplane V2.

Cilium 🐝 is a “hot” technology that’s powered by eBPF. It’s often the first thing mentioned when eBPF comes up, more so in the context of K8s. Cilium is basically open-source software that acts as a CNI plugin for Kubernetes. It provides eBPF-based networking, observability, and security with optimal scale and performance for platform teams operating Kubernetes environments on the cloud and on-premise.

This can be very useful in the world of K8s and microservices because examining and controlling the network traffic with metadata (e.g., IPs and ports) doesn’t provide much value. IPs and ports change all the time as services come and go. With Cilium, you can also control the traffic with Pod, HTTP, gRPC, Kafka, DNS, and other metadata.

For example, you can define HTTP rules that allow a specific API call to be made from a certain pod via path, header, and request methods. Another example is defining DNS rules based on FQDN, so that only queries to a specific domain will be allowed. That allows us to define security policies that are more valuable and usable in our real-world use-cases.

By using a cluster mesh, Cilium allows K8s pods to communicate and be discovered across K8s clusters. Use cases include High Availability and Multi-Cloud (connecting K8s clusters across cloud providers).

Cilium replaces kube-proxy for BPF.kube-proxy uses iptables which is being replaced for BPF. This change dramatically improves performance.

A few words on the alternatives. There are other capable CNI plugins out there in the market. Here’s a comparison (might be opinionated). Calico has also recently introduced an eBPF Dataplane.

Google Cloud Platform is keeping GKE (Google Kubernetes Engine) in the loop by leveraging Cilium into their own mechanism, Dataplane V2. But is Dataplane V2 really a Google-managed Cilium for GKE? We did love our managed services, right? This calls for a close inspection.

Upon inspecting Google’s documentation of Dataplane V2 concepts, there is no indication or reference to the Cilium project (at the time of writing this blog post). However, in the official blog post and in some documentation, there are some minor references.

Yes! It’s indeed Cilium 1.9.4 ! However, upon comparing it with the official Cilium v1.9.4 image, we get a slightly different result:

It’s also worth mentioning that in this blog post, it’s claimed that Google stepped in and contributed a number of meaningful features to the Cilium project. I think that shows a certain degree of commitment.

So far, I cannot conclude whether Dataplane V2 is a managed Cilium for GKE. And without this official conclusion, we can say that at least as a product, Dataplane V2 ≠ Cilium. It looks like Cilium is being used under the hood or behind the scenes. Google’s docs simply don’t say or guide you to Cillium’s docs. It’s a completely different offering.

From the testing I have done, some Cilium features seem to work on Dataplane V2. However, there’s no official Google support. Needless to say, “uncharted” Cilium features on Dataplane V2 could work today, but may break unexpectedly at any given time. Hence, it’s best we don’t enter uncharted waters. Just follow the official docs to be on the safe side.

The common features of both Cillium and Dataplane V2 currently are:

I always try to opt for the simplest solution possible. If it’s managed, that’s great! It saves precious time for all sides involved. Dataplane V2 seems like a simpler and easier managed solution if all you need is to leverage K8s Network Policies, a kube-proxy eBPF replacement for performance and scale, and the easy-to-use logging of the network policies outcome.

Just make sure you are aware of its limitations. If you need the additional features from Cilium such as Hubble, Cilium L7 Network Policies, Cluster Mesh or using a self-hosted/different cloud provider, you’ll probably want to go with vanilla Cilium instead.

To get started with Cilium on K8 — Click here.

To get started with Dataplane V2 on GKE — Click here.

Pro Tip: When you are writing or planning your K8s/Cilium Network Policy manifests, use the Cilium Editor for a fun and safe experience.

The Future of eBPF

Groundbreaking as this technology is, I can predict we will continue seeing many more solutions and interesting developments using eBPF.