Kubernetes and Secrets Management in the Cloud 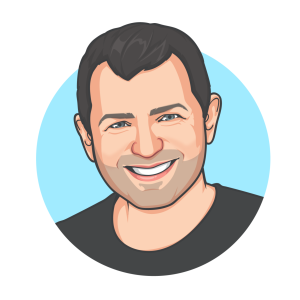 Secrets are essential for the operation of many production systems. Unintended secrets exposure is one of the top risks that should be properly addressed. Developers should do their best to protect application secrets.

The problem becomes even harder, once a company moves to a microservice architecture and multiple services require access to different secrets in order to properly work. And this leads to a new challenge: how to distribute, manage, monitor and rotate application secrets, avoiding unintended exposure?

For example, a Kubernetes secret can be created with the command kubectl create secret:

or Kubernetes db-credentials.yaml file, that describes the same secret:

However, Secrets encryption at rest is not enforced by default. And even when enabled, it is not sufficient and cannot be considered a complete secrets management solution.

In general, any application can use vendor-specific SDK/API to access secrets stored in a secrets management service. Usually, this requires modifying application code or using some kind of bootstrap scripts or Init containers, using client CLI tools or web APIs.

Make it easy with secrets-init tool

In its essence, the secrets-init is a minimalistic init system, designed to run as PID 1 inside a container environment, similarly to dumb-init, and provides a fluent integration with multiple cloud-native Secrets Management services, like:

Why you need an init system in Docker container?

The secrets-init runs as PID 1, acting like a simple init system serving as ENTRYPOINT or first container command, which is responsible to launch a child process, proxying all systems signals to a session rooted at that child process. This is the essence of init process. On the other hand, the secrets-init also passes almost all environment variables without modification, replacing special secret variables with values from Secret Management services.

The secrets-init is a statically compiled binary file (without external dependencies) and can be easily embedded included in any Docker image. Download secrets-init binary and use it as the Docker container ENTRYPOINT.

In order to use secrets-init with Kubernetes object (Pod/Deployment/Job/etc) without modifying Docker image, consider injecting secrets-init into a target Pod through initContainer. You can use the doitint/secrets-init Docker image or create your own. Copy secrets-init binary from init container to a common shared volume and change Pod command to run secrets-init as a first command.

It is possible to use AWS Systems Manager Parameter Store to store application parameters as plaintext or encrypted (kind of secrets).

As with the previous example, the user can put AWS Parameter Store ARN as environment variable value. The secrets-init will resolve any environment value, using specified ARN, to a referenced parameter value.

In order to resolve AWS secrets from AWS Secrets Manager and Parameter Store, secrets-init should run under the IAM role that has permission to access desired secrets.

It’s possible to assign IAM Role to EC2 instance, where the container is running, but this option is considerably less secure and not recommended.

In order to resolve Google secrets from Google Secret Manager, secrets-init should run under the IAM role that has permission to access desired secrets.

This can be achieved by assigning IAM Role to Kubernetes Pod with Workload Identity. It’s possible to assign IAM Role to GCE instance, where the container is running, but this option is less secure.

The kube-secrets-init project implements a Kubernetes admission webhook that injects initContainer into any Pod with explicit (environment variable) or implicit (Kubernetes Secrets and ConfigMaps) references to cloud secrets.

I hope, you find this post useful. I look forward to your comments and any questions you have.